Ode to the Palo Verde

For the past few weeks Arizona has been experiencing the beautiful yellow blooms of the Palo Verde tree. It is such a striking scene, the magnificent yellow blossoms bursting along nearly every inch of the green barked desert tree.

Then comes the allergies, as its pollen fills the air.

If you park under a Palo Verde it can appear as though you've been through a dust storm while traveling down the yellow brick road. Your vehicle, covered by an ultra fine yellow dust, acts like a confetti machine as you drive away - blossoms of yellow shooting off in every direction, and from every nook and cranny, including those places you didn't even know existed on your car.

But then, summer arrives, and the Palo Verde loses heart, and really gives up the ghost - at least by way of blossoms. Roads, parking lots, sidewalks, literally anything even near a Palo Verde becomes a blanket of dying yellow flowers.

How bad can it be, right? The flower can't be any bigger than a half an inch in diameter, and that is probably an exaggeration.

Well, Ethan and I now know exactly how bad it can be.

Upon arriving at the grounds of the Phoenix Temple this afternoon, we were met with the assignment to clear the parking lot of any vegetative debris. We've done this before, and it has never been a difficult task. It goes like this:

Brother Newberry, the Temple Groundskeeper, walks the parking lot with a blower and blows the debris into the corners of the parking lot curbs. Ethan and I follow behind with a rolling trash can, a broom, and a dustpan and viola, the parking lot is quickly cleaned. . .

That is all well and good until the catastrophic demise of the Palo Verde's spring bloom!

Ethan and I arrived, he dressed out in his grounds keeping uniform, put on his name tag, we grabbed our equipment, and off we went. It started out easily enough . . . 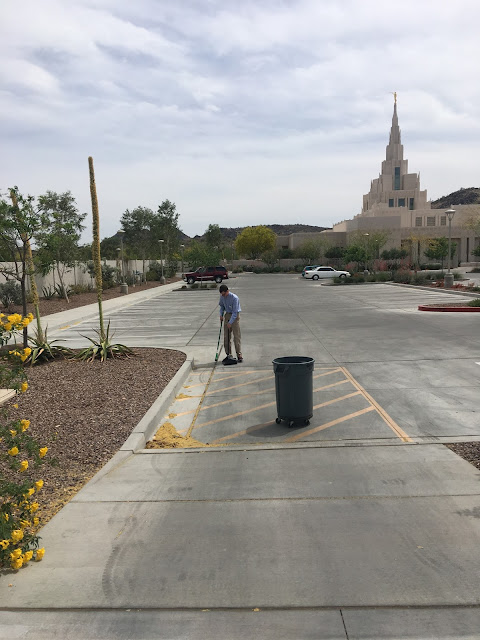 For your information there are over fifty "curbed corners" in the Temple's parking lot, including the parking lot of the meetinghouse, which also gets our attention since it is part of the temple experience as you drive through it to get to the temple grounds.

By the halfway point I had started humming the tune of The Sound of Silence, while conjuring up a few lyrics which I was calling Ode to the Palo Verde. I never fully finished the song in my head, but my favorite lyrics went something like, "Oh, Palo Verde my old friend, how I wish that you were dead. . ."

As we neared the 50th-ish curbed corner, the battery of the blower in Brother Newberry's hand was nearing its last watt, and the collected debris was on the verge of cresting the top of our 55-gallon trash can.

With one last corner to do, and it having quite a bit of debris, Ethan reached out and touched genius. He walked up to the debris pile Brother Newberry had blown into the corner, looked at it carefully, then simply asked:

Uh, Brother Newberry? Can you blows those leaves into the rocks please? 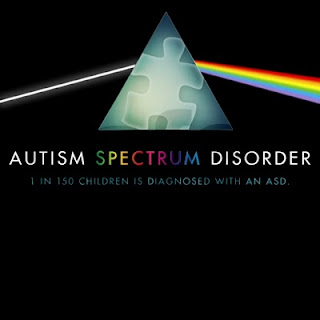 The Patron Saint of Ethan 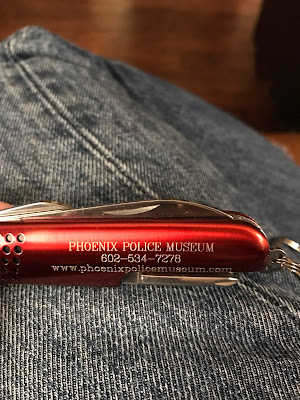